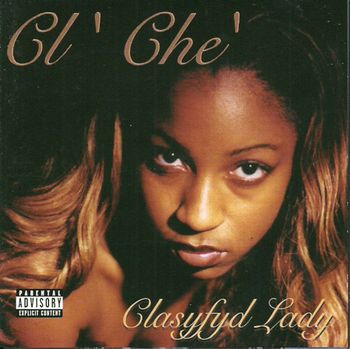 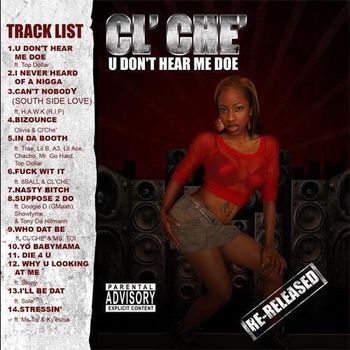 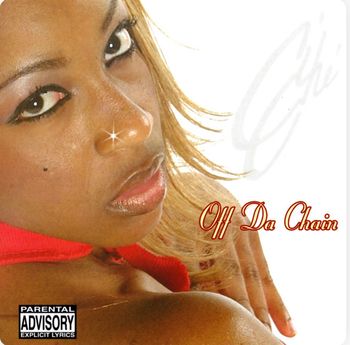 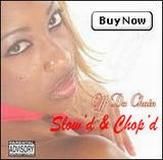 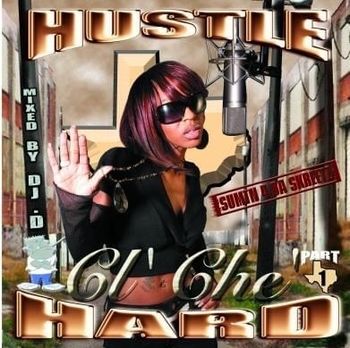 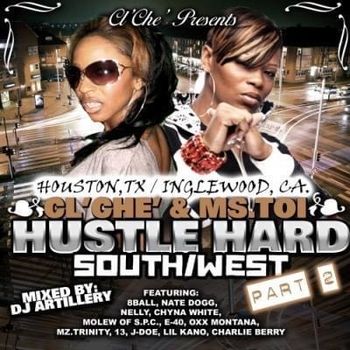 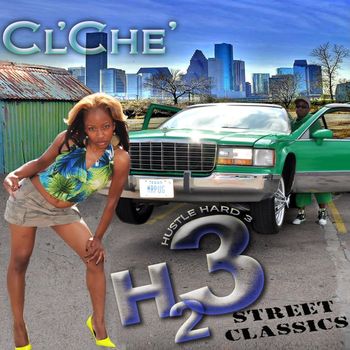 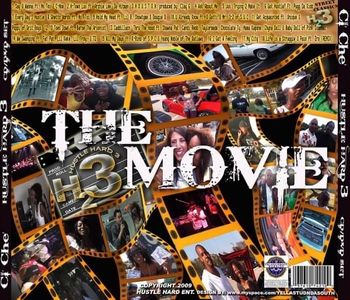 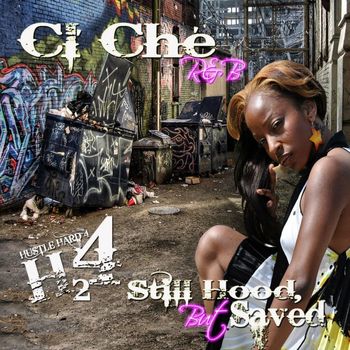 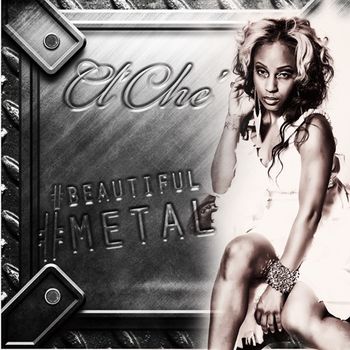 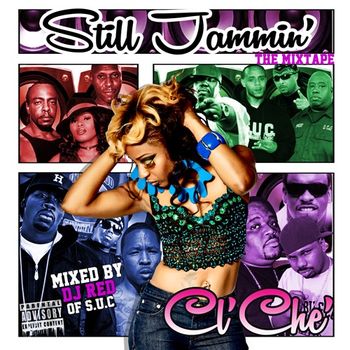 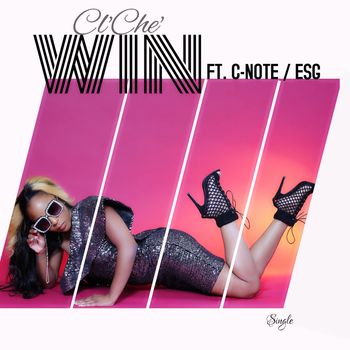 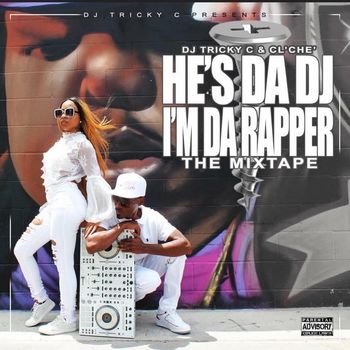 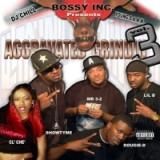 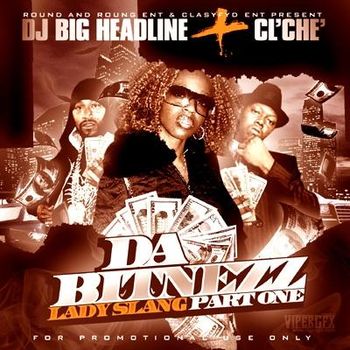 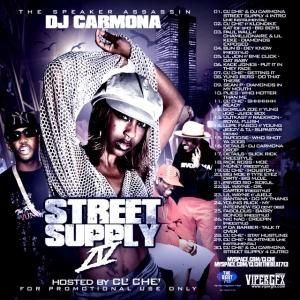 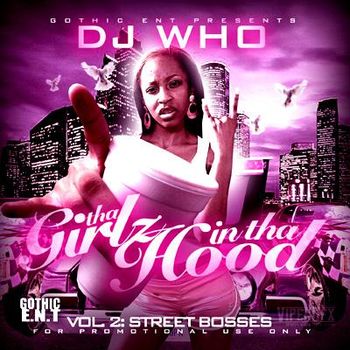 "I Told You" Video

Cl’Che’ a Houston,Tx  female rap & r/b music artist, entertainer, song writer, actress, entrepreneur(Clasyfyd Entertainment),  positive activist, & motivational speaker, has been incorporated in the Hip Hop music industry since the age of 13.  With the abililty to sing and rap, being blessed with many gifts and talents, maturing both in her life and her careers, has made her force even more powerful. Being raised in one of the most popular  “hoods” in Houston, Tx, Southpark has given Cl’Che’ an outlook on life that staying close to God is what he expects wherever you are rich or poor.

Most of Cl’Che’ music is known from the real life situations that she talks about, which many can relate to, even though you have some songs more “hardcore” than others.  Cl’Che’ released 16 albums and mixtapes collectively with her debut album being “Clasyfyd Lady” in 1998, which turned out to be a classic in today's history of her fans, the 18 trk album was said by Cl’Che’ “is the best album I have ever done, I look up to this album because of the positive messages and the entire structure of a well put together album”,  from production  by Rakesh Jacobs whom is known for producing  artist like Zro and Guerilla Maab, and also featured Platinum Producer Errol "Poppi" MaCalla Jr. whom landed tracks on one of the Destiny Childs albums during this time and went on to other projects with many other celebrities

Cl’Che’s  1st album is still a hit today as well in the overseas markets, like Japan, numerous numbers have been sold there ,as well as Cl’Che’ being offered a tour in Japan. This album also introduced her to DJ Screw himself and landed  spots  on a few of his mixtapes with the 2 singles Bi-Boogie & Can’t Nobody ft. Big Hawk (rip), and her freestyles on  one of the most popular DJ Screw Tapes today “SouthSide Still Holdin”.  After this album Cl’Che’ started hitting the streets to market and put together  the ”U Don’t Hear Me Doe” slowed’ & chop’d project, then another mixtape May 17th drop date, the re-release of “U Don’t Hear Me Doe” revised, then joint ventured with Presidential Records in 2004 with the “Off Da Chain Album” regular & “Off da Chain” Slow’d & Chop’d.   After Cl’Che’has had her share of joint ventures she chose to put out her own releases, so she created The Hustle Hard Series!!! Hustle Hard part 1 being titled “Sumtn for the Skreetz”, Hustle Hard part 2 “South/West” where she collabed with west coast’s own Ms.Toi  from the Ice Cube single You can do it”, Hustle Hard part 3 cd/dvd set  titled “Street Classics “  you can buy on www.cdbaby.com/clche1 www.itunes.com , this is an 18 trk album along with a 4 hour DVD that Cl’Che’ allows you to experience a semi-reality tv show throughout her hustle and grind with the Hustle Hard Series.

Through out her hustle Cl’Che’ teamed up with a lot of mainstream and popular local talent and producers such as Screwed Up Click, South Park Coalition, Krino, Lil Keke, Zro, Lil Troy, 8Ball & MJG, , Sole’, H-Town, and many more to name.  Producers such as : Nelly’s producer J.E. Epperson, Mike City, Clinton “Mr.PayBack “Sands who produced her popular  single “I Told You”  Doing major things But not signed to a  major label shows her hard work and dedication , Cl’Che’ has grinded her way to BET in the Basement showcasing her skills, Bet Live from L.A. performing with Sole’ as their group “The Brigade” , & Motown Live as The Brigade in 2001. Cl’Che’ has always used her music as an expression tool, but understanding in her professionalism as a writer the song has to have a subject matter, solution, and conclusion, because many thrive off the words written in songs.  Cl’Che’ knows the power of lyrics and especially in this Hip Hop industry, so its very important for the artist Cl’Che’ to deliver “Life” & “Hope” through her music.

Cl’Che’s goals through her music is to bring reality with understanding, fun, joy, happiness, & healing.  Well planted in church, Cl’Che’ understands her purpose and her ministry to reach those out in the world that love Hip Hop but don’t listen to gospel, as well as the ones who do and love Hip Hop, bridging the gap between the streets and God.

Cl’Che’ the activist has had a community event in the SouthPark  Community every year 4th of July weekend  called “The Hustle Hard Block Xplosion” since 2007 , being titled after Cl’Che’ Hustle Hard Series.  Partnered with business owner Pervis Henry aka Mr. Bling Bling the event has encountered 600-1000 ppl each year. 2016 this event  took notice by Houston City Mayor Sylvestor Turner by the people and Cl'Che' was proclamated July 2nd to officially be " Cl’Che’ Day"  in the City of Houston for her works in the community.  Orchestrated and hosted by Cl’Che’ & Mr. BLing Bling, with the motto – Bringing Unity to the Community- with individuals, neighbors, & small business owners.  The community event shares a full day of entertainment with music artist, games for all, prizes, and most importantly a one hour panel speaking to the community about the drugs, violence, alcohol, & Hip Hop lyrics that bring our communities down across the globe.  The panel has been shared with Legendary music artist from Houston  such as  K-Rino leader of The SPC, which is one of the largest underground movements in Houston, SouthPark Coalition. Cl’Che the activist  also took initiative to put on the “H-Town TakeBack Conference” you can find a portion of the footage online at www.youtube.com (Cl’Che’ htown Takeback Conference), the conference stood up for the local talent in Houston not getting radio play by one of our largest stations 97.9 The Boxx.  Cl’Che’ protested that the local talent were getting *blackballed* and as music artist, club promoters, dj’s, record stores,  record labels, & buyers/supporters of  Houston music should come together and build their own network and not depend on a non-supporting station to dictate whats considered  *hot * when its plenty of great talent around. So as you can see Cl’Che’ is more than just a stand still wait on a deal artist, she is a leader, a strong woman of great talent, & business woman always looking for ways to be involved and evolve in productive and positive outreach.

Created her own online store www.MsHoustonShop.com she currently sells her "SouthPark" brand and SPC items  apparel shoes, and accessories for the fans and those that just love to shop.  The store provided a great way to market new music and albums, and the albums and singles provide a great way to market product from the store. Entrepreneurship  has always been a great skill of Cl'Che'.  Click Link to View Shop